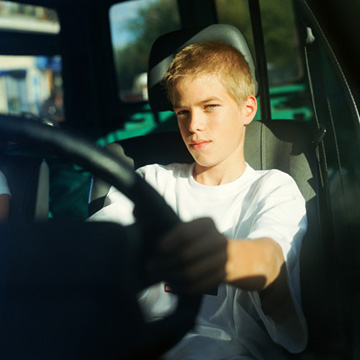 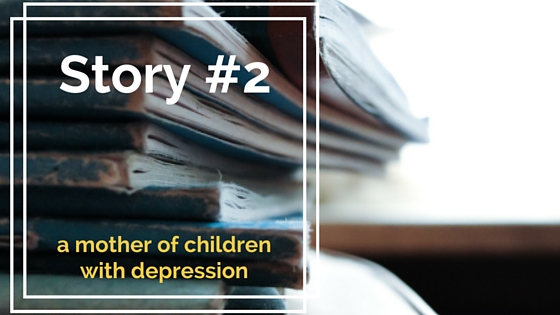 Depression can be an isolating illness. Despite progress in knowledge, stigma reduction, and treatment options, it is not uncommon for someone struggling with depression—or that person’s family and friends—to feel alone. The goal of this blog series is to break through that isolation and connect the various people who play a role in any person’s depression: the person themselves, a parent or caregiver, a school counselor, a clinician, and individuals who work in policy and advocacy.

Though these specific individuals can only share their own journeys, each story is part of a larger narrative that illuminates what the entire worlds of depression and treatment can look like. The ultimate goal of this project is to share individual stories with a larger audience and to allow each stakeholder the chance to give advice to those who occupy different spaces in the journey and struggle of depression.

Each interviewee was given the choice to have their story told with their name or to remain anonymous. Those who remain anonymous have chosen to do so in order to protect the confidentiality of their friends and family whose lives intertwine with their struggles. In those cases, the interviewee’s name will be replaced with a random initial.

We welcome your thoughts and comments in our comment section! And, of course, thank you so very much to all of the brave individuals who so generously and vulnerably shared their stories with us.

B considers herself lucky. She is a mother of three adult children; her oldest and youngest children—a son “S” and a daughter “D”, respectively—both struggled with depression. They both attended talk therapy and both took medication, but—and this why B uses the word “lucky”—neither child was hospitalized and neither one ever had suicidal thoughts or plans.

B remembers that her son, S, was a happy, cheery child. When he was in second grade there was a noticeable change in 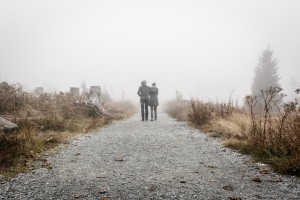 his demeanor: he was a bit sadder and more withdrawn. So, B pulled out her parenting books which told her that this kind of change was normal for kids her son’s age and that the mood changes would pass naturally. When S was in high school, one of his friends died by suicide; this tragedy was a catalyst for B bringing to her son the possibility of therapy as a way to process the death and to work through the depression B suspected was also plaguing him. B says she felt something was off when S began to lose interest in activities he had once loved and was no longer working up to his potential in school.

A few years later when B’s daughter began to exhibit symptoms of depression, B was much more well-informed and knew how to get help more quickly. During the spring of D’s junior year of high school, B and her husband noticed changes in her mood and extreme weight loss. D—who was usually affectionate and happy—was crabby and snapping at her parents. Her daughter was also experiencing these changes around the same time that another young adult died by suicide, which, again, provided an opportunity to bring up the possibility of treatment. For both S and D, it was a mother’s intuition that helped B notice that something was happening with her children beyond growing pains or bad moods.

B found therapists for both her son and daughter by first talking to their primary care physician who was able to make referrals. The therapist’s personality-fit with her child and willingness to set and communicate specific therapy goals were of the utmost importance. B’s feeling has always been that her children should feel comfortable talking to their therapists without the worry that information might be shared with her and without their consent. Instead, B worked to keep communication open by asking her children how they thought therapy was going and whether or not it was helpful. She never asked for specifics about her children’s therapy sessions because she didn’t want to push her children to share anything that they didn’t choose to share willingly. The biggest indicator of success was watching her children return to their pre-depression levels of happiness and activity.

B still feels guilty that by not noticing and intervening with her son’s depression earlier on, S suffered through 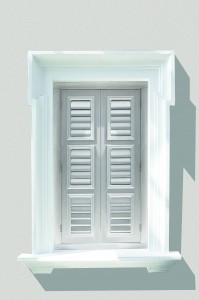 depression without having a name for it for so long. B recalls that looking back on her childhood that her father most likely had depression, though it was something which was not discussed or addressed at all. B, as well, remembers a depressive episode of her own when she was in college; however, when she sought the advice of a school psychiatrist, she was told that she didn’t need therapy. In retrospect, B thinks it would have been helpful to have talked to someone, but luckily the episode of depression passed on its own. As a parent, B says, you never want your children to feel anything but happy, though this cannot always be the case. There is some guilt and distress over knowing that the same depression you recognized in yourself and your family members is showing up for your children. It is hard to watch your child struggle.

The best way to set your children up for success whenever they encounter mental illness, B says, is to create a safe, open family environment where your children trust that no matter their age their parents will be there to help them should any sort of struggle recur. B advises that you cannot live your life as if depression is right around the corner; instead, you should be introspective about why you are feeling the things you are and take action for yourself and your loved ones. That way, if the depression returns, you are ready to handle it and have people around you who know how to support you.

What B wants you to know…

What should a young adult/child know about depression? It will get better. Depression is a really hard thing to go through. It’s so hard to be young and not be able to see that this depression can be just one hard part of a long, happy, healthy life—it doesn’t have to whole life. There are so many people who can and will help you—you just have to find those people and be willing to ask for help.

What would you want another parent to know? Don’t hesitate to brooch the subject if you think your child might be struggling with depression and air on the side of caution and over-doing it because it’s better to get help 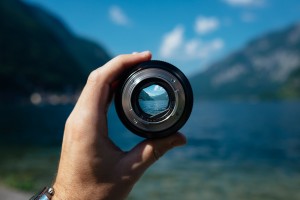 sooner. That’s your job as a parent. B’s family has always been open and honest with one another, and by being open with your children about a lot of different kinds of things, it won’t be as hard to bring up issues of mental wellness when they need to be discussed. Even if you haven’t set up this kind of environment, you have to dive in and begin those conversations if you’re worried about your child.

What would you want a school counselor/social worker and a therapist to know? Thank you for doing what you do. Having that kind of support at school and privately is necessary and important. You are the professional and you know what you’re doing, but the parents you’re working with are scared, feeling guilty, and, potentially, are uninformed; important to remember that when you are working with parents.

What would you want a policy maker/advocate to know? Mental illness is at the root of so many different problems. Anything that will help work towards solutions to those problems will have important implications in many, many other fields.

Story #3 of this blog series will be posted in a few short weeks! For more depression resources for parents, visit the parent section of our website, and make sure to read our Parent Handbook, a parent-to-parent guide about teen depression.