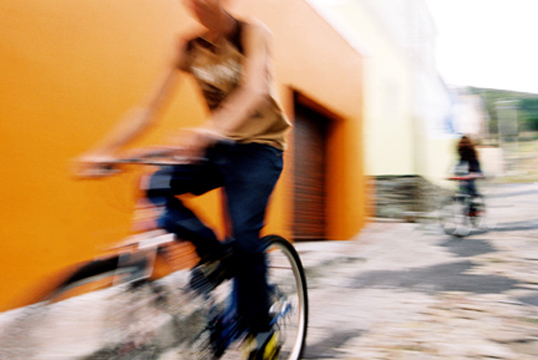 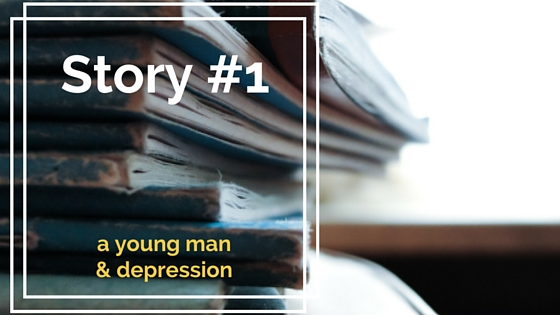 Depression can be an isolating illness. Despite progress in knowledge, stigma reduction, and treatment options, it is not uncommon for someone struggling with depression—or that person’s family and friends—to feel alone. The goal of this blog series is to break through that isolation and connect the various people who play a role in any person’s depression: the person themself, a parent or caregiver, a school counselor, a clinician, and individuals who work in policy and advocacy.

Though these specific individuals can only share their own journeys, each story is part of a larger narrative that illuminates what the entire worlds of depression and treatment can look like. The ultimate goal of this project is to share individual stories with a larger audience and to allow each stakeholder the chance to give advice to those who occupy different spaces in the journey and struggle of depression.

Each interviewee was given the choice to have their story told with their name or to remain anonymous. Those who remain anonymous have chosen to do so in order to protect the confidentiality of their friends and family whose lives intertwine with their struggles. In those cases, the interviewee’s name will be replaced with a random initial.

We welcome your thoughts and comments in our comment section! And, of course, thank you so very much to all of the brave individuals who so generously and vulnerably shared their stories with us. 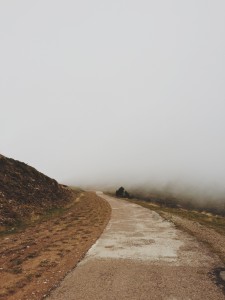 P is a transgender man in his early twenties who has been dealing with depression for the majority of his life. Though P is now quite confident in his own skin, his gender and sexual identities caused a lot of strain in his adolescence, especially with his family. Through a combination of talk therapy and an intensive self-led exploration of who he is and what his needs are, he has reached a place where he feels in control of his own mental health.

P has had episodes of depression for as long as he can remember, though he did not always have a name for it. He describes depression as fog surrounding him where he can’t see where he’s going or what is around him. It is hard to make decisions, he says, when you don’t feel like you can see yourself and your life clearly. Having depression can also feel very hopeless, especially as a young person. You feel out of control of your emotions, unclear, and helpless. According to P, other members of his family have also struggled with mental illnesses, from anxiety to OCD to depression. However, there was not much discussion of this in his home. P also acknowledged that his family’s religion contributes to a collective need to strive for perfection without ever asking for help or admitting to one’s struggles. P describes his childhood community as relatively homogenous and a place that encouraged secrecy in relation to his gender identity and mental illness.

When P began self-harming and noticed his own disordered eating, he repeatedly asked both his parents and school professionals to help connect him with mental health resources. Unfortunately, his requests went unacknowledged. During his sophomore year, he approached a school counselor about his self-harming and was finally heard. Though the counselor was trying to keep P safe, he was kept at the school for an excessive amount of time due to policies that said he could not leave the school if there were concerns for his safety. Though the policy is based in safety and care, P says it could have been enacted in a much more compassionate way. This was how he began his journey into professional therapy.

Over the next several years—and into college— P has seen several different therapists, trying to find some he could connect with well. P was very upfront about what he needed from therapy—information he has been able to garner from his own extensive research. This research included information about depression, gender identity, and policies dictating how school staff members and therapists should be talking about and diagnosing gender identity and depression. Though so much information could be overwhelming, for P it was a good way to make sure he understood the policies that dictated his care and guided his search for a helpful therapist. He wanted to find a therapist who could challenge him, see him as an individual, and help him find ways to cope with his depression. P has also had to contend with finding someone with whom his parents were comfortable with, especially as they were paying for the services. 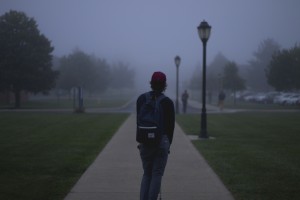 Though P did not get exactly what he needed from any one therapist, he learned from each one about what his needs were and how to advocate for them. For example, during his time working with his first therapist, P came out as bisexual and as trans. Both identities were questioned or denied by the therapist, which led both to feelings of confusion and lack of trust in the therapist. However, it was a catalyst for P to learn more about how the DSM (Diagnostic and Statistical Manual of Mental Disorders) says gender identity should be discussed, and feel confident that the therapist’s personal opinions about gender identity should not find their way into the therapeutic relationship.

A helpful therapeutic experience for P was his time immersed in in-patient treatment, where he learned Cognitive Behavioral Therapy and Dialectical Behavior Therapy techniques. As he learned these methods of both accepting and challenging his negative thoughts, he realized that some of these were ways of thinking about his depression, which he had already been practicing as coping skills. Still, P found the program helpful because the therapists were able to push him to think differently and more deeply about himself. For example, during the first few weeks of treatment, P did not share his transgender identity with the other young adults in his program, as he was perceived by others to be the same gender with which he identified himself. Because his gender identity led to fights with both his parents and therapists, he was wary of sharing such information. One of the therapists with whom he worked pulled him aside and asked him to reflect on why he was not disclosing this information, given the trust that had formed among the group. She encouraged P to push himself to share while also respecting his boundaries. When P was able to share more information about himself and dive into that discomfort, he was able to get more out of therapy and work towards true mental health.

Another therapist in college asked P to think about setting up expectations for therapy. The therapist admitted to being a bit ignorant about gender identity non-conformance. Instead of asking P to educate her, she asked for resources and educated herself so that she could be a helpful ally. This way, she was working with P as an individual who had unique experiences, instead of seeing him as a token member of his gender community.

When P came out, he lost friends, but also gained a lot of really supportive friends who were able to build a close-knit community and act as confidants and supporters when his family could not. Those friends were always honest with P. He could count on them for blunt feedback about the way he was experiencing the world and his depression. P says that in order to be a good friend to someone with depression, it is important not to act shocked by what your friends say. Instead, try to let rationality—rather than emotions or judgments—guide you and help your friend get the help they need. P also connected with peers and helping professionals through local organizations focused on depression and mental health. These supportive experiences gave P the chance to broaden his understanding of his own mental health and his ability to speak about it, while also developing connections with people who could and would act as his allies. 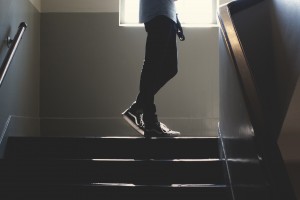 P believes deeply that he deserves good mental health and understands the work that it takes to get it. He read extensively online to educate himself about his depression and did a lot of writing and self-reflection to better understand himself. For P, having information and knowledge was important to feel in control; the more information he had, the better able he was to ask meaningful questions and access necessary information. Now, P feels like he is better able to tune into what his needs are. He says that even when there is stress, he reacts in more habitually positive ways where he seeks out adaptive, helpful behaviors to deal with stress, like working out and staying actively in touch with friends. P has spent a lot of time thinking about and telling his story in a variety of settings and finds it both cathartic and helpful to see where he is now and where his journey began.

What P wants you to know…

What should another young adult/child know about mental health?

“Knowledge is power; doing your own research is helpful and important so that you know what you need. When adults told me I was wrong or when a therapist acted in an unhelpful way, I was able to know what I needed. You shouldn’t feel pushy for speaking up for yourself and advocating for your needs.”

What would you want a parent to know?

What would you want a school counselor/social worker to know?

“Do your homework! You need to be educated so that you can be as helpful as possible to the students with whom you work. You should never need a student to fully explain a topic—like gender identity—to you; you should focus on their experiences and needs and emotions, not on the facts of the topic itself.”

What would you want a doctor/therapist/clinician to know?

“Explain to your clients what you’re advising and why and clarify the reasons why you’re choosing a certain path. Understand that your patients may already feel out of control of their lives and ways of thinking, so the unknown may be scary and triggering.”

What would you want a policy maker/advocate to know?

“Policies should include safety nets that keep the humanity of the individual intact while they are being asked to follow policies. While it makes sense that I wasn’t allowed to leave the school once I admitted to self-harming, I was treated in a way which followed policy but was not helpful at all personally and emotionally.”

Story #2 of this blog series will be posted in a few short weeks! To keep you occupied until then, check out the free educational depression resources we offer on our website.