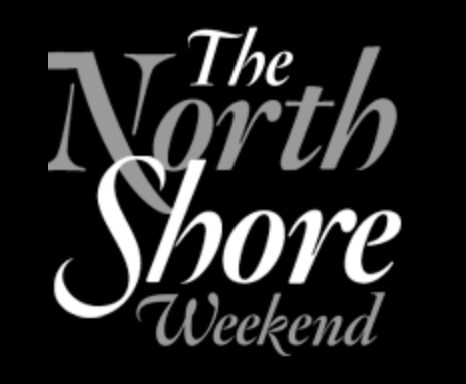 Heather Freed always knows what to expect at the office in the days following a local or national tragedy involving teenagers. “We see an uptick in people reaching out to us,” said Freed, executive director of Erika’s Lighthouse, the Winnetka-based non profit founded nearly 15 years ago to educate school communities about teen depression.

“It’s typically teachers, education administrators or kids wanting to start a discussion about the issue of depression in their school. Unfortunately, tragedy is sometimes the trigger that motivates them.”

It was the tragic suicide of 14-year-old Winnetka middle schooler Erika Neuckranz – who suffered from severe depression – that prompted her parents, Ginny and Tom, to found Erika’s Lighthouse in 2004. Grieving from the loss of their daughter, the Neuckranz family sought to eliminate the stigma associated with mental illness and empower teens to take charge of their mental health. Today, Erika’s Lighthouse’s innovative programs on depression awareness are taught in 28 states, reaching 77,492 teens in 2017 alone.

“We’ve found that our biggest impact happens in the classroom, working directly with teachers to get our materials and programming out there,” said Freed.

On May 12, Erika’s Lighthouse will hold its annual fundraiser, “Hope Grows,” at Sunset Ridge Country Club in Northfield. With the help of its nine-member volunteer Board of Directors and 25 member Lighthouse Council, Erika’s Lighthouse expects the gala event will raise up to $100,000 to support its 2018-19 school initiatives, including continued efforts to reach a wider audience, and redesign and rebrand the organization’s website.

The evening will feature a seated dinner, program, live auction, paddle raise and dancing to the music of Gritman & Moran band. Fundraising efforts include the 2018 Bank of America Chicago Marathon on October 7, when a team of 46 marathoners from all over the country will run in support of Erika’s Lighthouse.

“Our goal is to continue expanding the work we do on a national scale,” said Freed, who manages a team of five Erika’s Lighthouse staff. “And with our website, the goal is to create turn key programs that are easily accessible to teachers so they can generate discussion in their classrooms on the subject of depression. Depression should be as easy to talk about as cancer or diabetes.”

According to Erika’s Lighthouse statistics, as many as 20 percent of all teenagers will experience at least one depressive episode before they reach adulthood. It’s the combination of hormones and the struggle for independence, said Freed, that makes teens so susceptible to depression.

“Stress, anxiety, lack of sleep, and the tendency for teens to have an online presence 24/7 are also precursors for depression,” said Freed.

Erika’s Lighthouse encourages teens to speak up about depression. The Erika’s Lighthouse Teen Club program is available for high schools within 50 miles of Winnetka; the organization’s Depression Awareness Campaign is designed so that even a single student can raise depression awareness in his or her school or community.

The national anti-gun student protests that rippled across the United State last month, said Freed, illustrate the power teens can wield when they’re given a platform to talk about important issues, whether it’s gun violence or mental health.

“Schools are starting to get it,” said Freed. “If you want to really make change you’ve got to get kids involved.”