Finding Myself by Coming Out 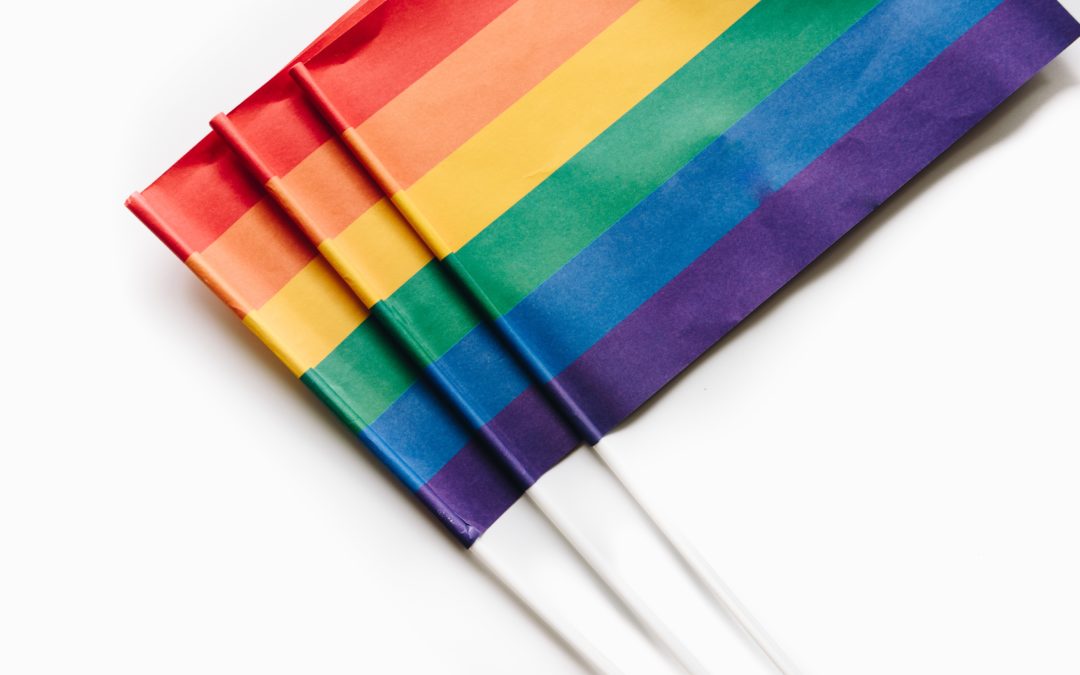 Growing up, it didn’t take me long to notice that I was different then other boys…

When my brother, who’s a year older than me, would grab for a G.I Joe or one of his Rescue Heroes, I had my eyes on the Barbies, the Beanie Babies, or any sort of Little Mermaid merchandise I could get my hands on.

While my brother enjoyed spending hours in front of the television watching construction machines bulldoze and plow construction sites (an interest I have yet to comprehend) I would watch Ariel sing “Part of Your World” over and over again, memorizing every movement and try to recreate it laying down on the carpet in front of our family room TV.

And while this difference in our interests was obvious, it wasn’t criticized, at least not in front of me. Luckily, I grew up with very accepting parents who let me explore these interests, and for this brief period of youth and blissful ignorance, I felt free to express myself in any way I wanted.

It wasn’t until I entered grade school and began implicitly comparing myself to my peers that I knew there were parts of me that were different, and that it wasn’t something for me to celebrate… Well, at least not yet.

I remember my thought process changing around this point in my life from being “What do I like?” into “What am I ‘supposed’ to like?” Even at this young age, I remember peers making comments about how I talked like a girl, interrogating me at recess why I always played jump rope with the girls,and didn’t play sports with the boys.

I remember young boys using the word “gay” to describe me or my fellow peers like it was the worst possible thing for someone to be, before they, or I, even really knew what it meant.

These are the types of encounters that led me to realize who I was, was different. And at that point in my life, that wasn’t something to be desired.

This was because the ‘different’ kids got noticed, and they got teased. And without realizing it, I started to make myself more ‘acceptable’. I quickly learned what traits of mine were admissible, and which ones I needed to be ashamed of, and to suppress to the best of my ability.I became consumed with the idea of being ‘perfectly unnoticed’; someone who people knew of, just not too much about.

And this mindset followed me for a while…

In middle school the glorification of “normality” intensified. Likewise, the hostility toward kids who possessed traits that had the potential to disrupt the ‘social homeostasis’ of our middle school were targeted, and ridiculed. After my previous years of ‘training’ toward becoming more socially acceptable, I knew exactly what I needed to do to avoid this hostility from my peers. And while I played by the rules initially, the more I went along, the more I began to lose myself.

I had friends who I knew didn’t really know me, and I found myself becoming a character around them. I started to pretend I liked things I really didn’t, and suppress my inner desires more and more. I started to become frustrated with myself, and an inner animosity shortly developed. Why was I so different? Why did I like these things that weren’t normal for boys to like?

And as I got older, and romantic attractions started to develop, the answer to these questions became clear.

I was gay. Now, I knew what this meant.

One of the most at-risk populations is the Lesbian, Gay, Bi-Sexual, Transgender, Queer & Questioning community. For a variety of reasons, this particular population experiences higher rates of depression and suicidal thoughts.

I was 13 when I made this realization. And while this was one of the scariest moments in my life, looking back on it, I’m so relieved that I realized this when I did.

It took a couple months for me to come out to someone for the first time. It was one of my friends who I used to walk home from school with everyday. I forgot how I brought it up, I’m sure it was totally unnatural and awkward in the flow of our conversation, but I don’t think I really cared.

And while it was terrifying for me as a 13 year old to say “I’m gay”, something I hadn’t said out loud up until that point, the relief I felt after saying these two words was indescribable. It was almost like I had spent the past 13 years under water, struggling for air, and I had finally gained enough strength to swim above the water and take a full breath of the crisp air.

And this moment set me on a trajectory toward recovering the Brett I had lost touch with. Someone who I had missed, but was afraid to admit that I did until now.

So, I made new friends, wore clothes I actually liked, was unapologetic about my tastes in music and movies, and slowly, started to feel whole again. And while this didn’t come without the targeted comments from peers who I knew didn’t understand, knowing that I was being true to myself was worth all of it.

Taking this same mindset into high school allowed me to pursue activities I was too afraid to explore when I was younger. I joined theatre, choir, and even show choir, and was able to express myself how I truly wanted to express myself. I was able to be around people who supported who I was, who liked me for who I genuinely was, and who I knew would protect me from any pain I experienced from the collateral damage of daring to be my authentic self.

And let me be clear, this was not an overnight “I’m cured!” kind of thing. No. To this day, I still have to fight that voice inside me telling me I shouldn’t do something because it’s “too gay”, or that I should be ashamed of who I am. But being aware of this voice, and learning to tell it to, quite frankly, bug off, when it’s being too loud is one of the best things I’ve learned how to do.

So if you’re thinking you may need to come out, either sometime soon or whenever you’re ready, just know this. It isn’t easy, but that shouldn’t stop you. Coming out was one of the scariest things I’ve ever done, but it’s also one of the proudest moments of my life. Being who you authentically are takes effort, if it didn’t, life would be boring as hell. Try to enjoy the journey, and along the way you’ll learn more about yourself than you ever knew.

Also, just know that there are people out there who love you, whether they know you yet or not. But you have to seek them out. Trust me, I know this can seem impossible for my fellow introverts, but I have never regretted a time where I put my inhibitions aside and dared to try something that scared me.

Just know you are stronger than you think, and the “coming out” period of your life is just a small blip on your life’s journey, but it will change your life for the better.

Between 30-60% of LGBTQ individuals experience anxiety or depression at some point in their lives, a rate that is 1.5-2.5 times higher than their heterosexual counterparts (Anxiety and Depression Association of America).

Studies have indicated the challenge of “minority stress” as a leading cause of suicidal thoughts and depression in youth. But there is hope – only one supportive adult, not just a parent, could reduce the likelihood of sucide by 40%.

At Erika’s Lighthouse it is our responsibility to connect with as many different types of students as possible. As such, diversity and inclusion are mainstays of our programs. We know that visibility and representation matter and we are here to ensure no teen ever feels alone.