Every Step I Take In Memory 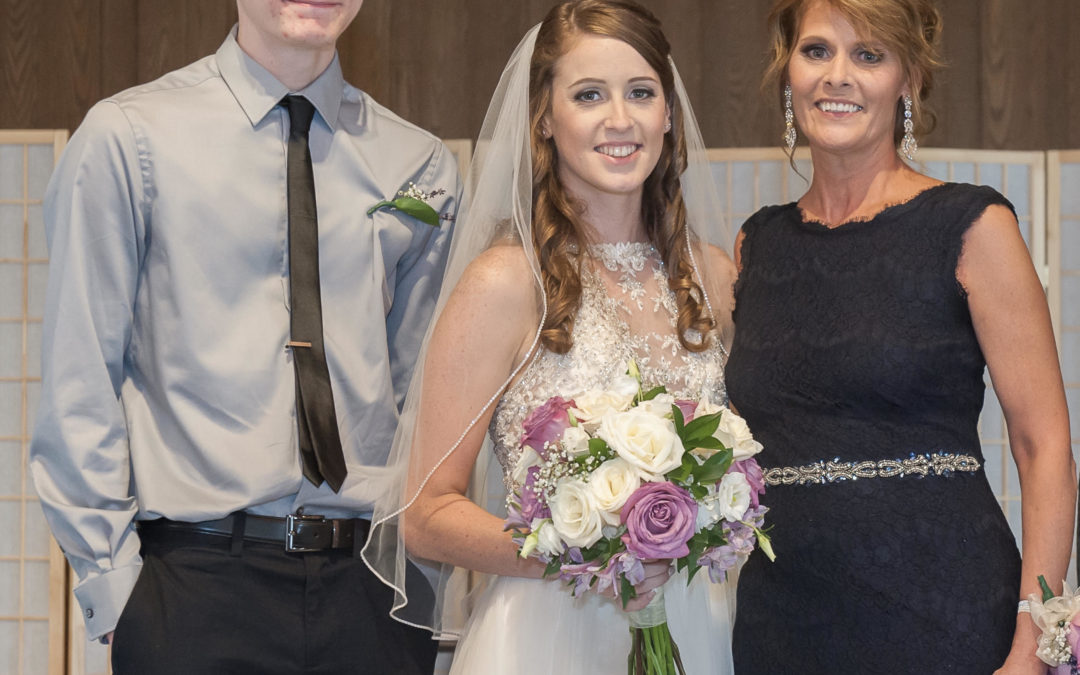 On September 26th, 2017 my world forever changed; my little brother, my best friend, had passed away.

Nathaniel John Bauer was only 19 years old. He was a sophomore in college, still unsure of what to do with his life, but he knew he wanted to change the world. Nathaniel was such an intelligent and hard-working young man. He was a self-taught bass player, a computer builder, a pizza connoisseur, and a master on the chessboard. Nathaniel had a remarkable way to speak through the written word and loved his family more than anything in this world.

Nathaniel was much more than just my little brother; he was my baby (figuratively, of course). Out of us 6 siblings, Nathaniel and I were 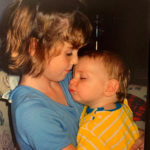 the youngest two. There was a seven-year difference between him and I, so I took on the role of Second Mommy with ease. When he was a baby, Nathaniel was permanently attached to my hip. He was a towheaded child with the most beautiful, big blue eyes you’ve ever seen. As we got older our relationship changed for the better. I moved on to the role of friend, protector, and confidant.

Nathaniel shared everything with me. From his happy moments and sad moments to even his fears and insecurities. There was nothing we wouldn’t talk about and no topic was immune. We would go on sibling dates and share our ideas, thoughts, and future plans with each other. Of course, every moment wasn’t perfect. We would argue, as normal brothers and sisters do, but it was always out of love and it was always resolved.

The loss of Nathaniel altered everything. My world as I knew it had stopped. I still remember the moment my principal pulled me from my classroom.

“You need to call your mother” was all that was said.

I could see it on his face and immediately my heart sunk. The typical 30-second walk to his office felt like an eternity. I picked up his phone and dialed her number. “Your baby brother is dead”. A feeling of complete numbness entered my body and doubt filled my head. It was a day that I will never forget.

I went through a tailspin of depression and suppression of grief all while planning a funeral that shouldn’t have been happening. I couldn’t find the joy in the things I used to love and I felt an emptiness that could not be filled. Up until that point for the past year and a half, running had been my outlet. It was something I did to release my stress and I enjoyed (and loved) every second of it. I tried a few times after Nathaniel’s death, but just couldn’t get back to enjoying it the way I had before.

Finally, after weeks off, I decided I had to make a change. Nathaniel had been so proud of my progress with running especially because it was a hobby I had just started within the past year and a half. He was one of my biggest fans and supporters. Nathaniel would have been so disappointed in me. He would have hated the fact that I stopped doing what I loved. From that moment on I decided that I would go out and run my hardest for Nathaniel. He became my motivation.

At first, it wasn’t easy. With every run, I had a breakdown. It felt as though I would never again get through a mile without crying at some point. But I got stronger and every time my heart hurt, I ran harder. Surprisingly while running, I began to feel closer to Nathaniel; almost as if he was right there with me, cheering me on. Running slowly turned back into something I loved again, all because of him. Running now had a whole new meaning, it became a way to heal and feel closer to my little brother. I had a driving force and a whole different type of motivation to run.

Before Nathaniel’s death, a marathon was just an idea I was toying with. I would entertain the thought, but I knew that I just didn’t have the determination or motivation to actually commit to the training. And to be honest, I didn’t think I could actually complete it. But on November 20th, just a few days shy of two months after his death, I stumbled across the charity Erika’s Lighthouse and I felt Nathaniel pulling me. I decided then that I would sign up and run the 2018 Chicago Marathon in his memory and that Erika’s Lighthouse was the perfect charity to run for. Nathaniel had struggled with adolescent depression and mental health while growing up and I could not think of a better way to honor him then by teaming up with Erika’s Lighthouse. 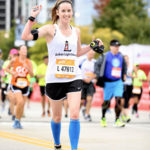 Something I never imagined I’d do and I did it all in memory of my little brother. Not only did the training and the marathon itself help me learn to cope, heal, and manage my mental health, but it also helped my mother with hers. We both fell in love with the vision and mission of ELH and she even donated $2000 of the $3500 I ended up raising. My mother had a long history and many personal battles with depression and she wanted to be an advocate for adolescent mental health and help break the stigma all in Nathaniel’s name. Erika’s Lighthouse gave her a driving force that was fueled by her love for Nathaniel.

Then on February 27th, 2019, just as my family and I had started to heal and adapt to this “new normal”, everything changed in an instant and my world once again was flipped upside down.

At 12:28 pm I received a phone call while I was in the middle of teaching from my aunt. I didn’t think much of it, brushed it off, and continued on with my lesson. Then, not even thirty seconds later, my uncle did the same. It was in that exact moment I knew without any confirmation those grievous words I was about to hear.

I called the office for coverage and found a quiet place to return the call. As I dialed the number I was immediately taken back to that paralyzing moment not even a year and a half ago that I had tried so hard to move past. That very same feeling of numbness and doubt crept back in as I heard my aunt confirm what I had already somehow known; my mother was gone. I lost her that day in a house fire. 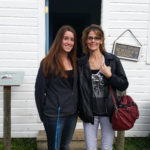 The weeks that followed were all too familiar. Wounds that were on the mend ripped back open and pain, heartache, and depression all resurfaced. I buried my grief again and pushed the people I loved and the things I enjoyed out.

I, like my brother and mother, also struggled with depression, anxiety, and mental health my whole life and I was starting the descent down a destructive and dangerous path.

A few weeks later I forced myself to return to school as I desperately tried to get back to the person I was. It took some time, but slowly with the help of my family, friends, coworkers, and students, I started to find myself again.

Then, by nothing short of a miracle, I stumbled across a Facebook event a local high school was holding for Erika’s Lighthouse. It was a 5k event, and even though I wasn’t nearly ready and had taken over a month off of running, I knew I had to sign up for my mother. Three days later I showed up and ended up taking first in my age division as well as overall fastest female. The spark I needed was back and running once again turned back into something I loved. A new driving force began and was led by not only my brother, but now my mother.

For the past year, I’ve been trying to find a way to honor them both so I signed up for a triathlon this summer and wanted to raise money once again for Erika’s Lighthouse. However, unfortunately, due to COVID, the triathlon was canceled. I didn’t want to give up and still wanted to do something for them but because of the circumstance, my options were limited.

So instead of a race, I came up with the idea for a 24-hour marathon fundraiser. The idea is simple, every hour for 24 hours straight I would run 1.1 miles until I reached a total of 26.2 miles. I reached out to ELH and the next thing I knew my idea became a reality.

So, on September 25th, 2020 on the three year anniversary of my little brother’s passing, the 24-hour clock will start.

Adolescent depression has been increasing at an alarming rate. Being a middle school teacher and seeing the direct impact mental health has on our youth (especially right now) and in my own personal life, I know how serious of a problem it is and that it calls for prompt, appropriate treatment. ELH is having a tremendous impact on our youth and is helping to break the mental health stigma. I am so honored to once again raise money for ELH in memory of my mother and Nathaniel.

I miss my little brother & mother every single day. Not a moment goes by that I don’t think about them and my heart aches for them both nearly every second. As nervous as I am to once again begin this journey, I know they are right here with me, cheering me on. They will be by my side at hour and mile 1 and will finish with me at hour 24 and mile 26.2. I am so honored and happy to be raising money for such a wonderful cause, just as I know Nathaniel and my mother would be. Every step I take will be for them and for them I won’t ever give up, I’ll stand up.

Join Alyssa and other Team Resilience runners in supporting teens so no one feels alone.