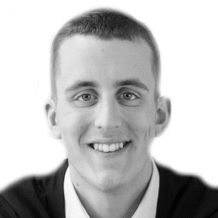 Kevin Breel, mental health activist and TED Talk presenter, speaks candidly with Erika’s Lighthouse about going public with his depression, mental health stigma and his advice to teens and their parents.

A few weeks ago, we posted a response to 19-year-old, Kevin Breel’s, inspiring and moving TED Talk. In his presentation, Kevin used his own personal struggle with depression to catapult his cause and make a case to “end the ignorance” around mental illness. Since, his TED Talk has initiated a much overdue national conversation about depression and the stigma associated with it.

Simultaneously, while writing our post, we reached out to the man himself with questions about the TED Talk aftermath, stigma and what others out there struggling with depression should know. We are thrilled to get to share with you what this young, talented, and most importantly, courageous mover and shaker, had to say…

ELH: What made you decide to tell your story so publicly?

KEVIN: Well, I’m not sure I ever intended for it to get as “public” as it has, but I’m really appreciative of the way it has turned out. I really just wanted to start to bring some honesty and some hope to this mental health conversation; or maybe I should say, lack thereof. I just thought, “if I can come that close to suicide, so can someone else”, so I wanted to speak out and share my story and hopefully, be able to prevent that. And, I hope that’s what my speaking and things like my TED Talk is doing; giving a voice to these topics people tend not to talk about.

ELH: You talk a lot about stigma and the importance of shattering ignorance around mental illness. As individuals, and as communities, how do you think we can do that?

KEVIN: I think it has to start with acceptance and love and empathy. I know those are emotional words, but that’s where I believe the change is. It’s in our hearts. It’s in our heads. We just have to open up to it and realize, “hey, we’re people and we have problems. And, that’s okay”.  So, let’s just talk about it. Let’s not make it out to be this big, evil, scary thing. It’s really not that big of a deal to me. Everyone goes through stuff. Why can we talk about breaking an arm but not talk about stuff going on in our brain? That’s kind of bizarre to me.

ELH: What do you know now that you wish you knew when the depression initially started?

KEVIN: I’m not sure; maybe to just accept the season of life I was in and be open to learning any lessons I needed to learn from the experience. I think depression and struggle is here only to teach and to show us very important things. So, I probably would have told myself to sit down and meditate and just chill out, ha! No, I’m kidding. It’s not quite that simple. But, I still probably would have told myself to mediate, because that has been a life changer for me. It’s given me a certain peace and perspective I just simply wasn’t able to access before. It’s funny how when I talk about meditation, people sort of think I’m kidding because that’s very “woo woo” and “new age”. But that’s our society; if you watch TMZ for ten hours a day and check Facebook 450 times a day, you’re normal. If you talk about turning your mind off and trying to reflect on yourself and find some enlightenment, you’re a nut. Haha! Amazing.

ELH: What advice would you give to a teenager who is thinking they may be depressed?

ELH: What advice would you give a parent who is worried about their child?

Many thanks, Kevin! Shine on!